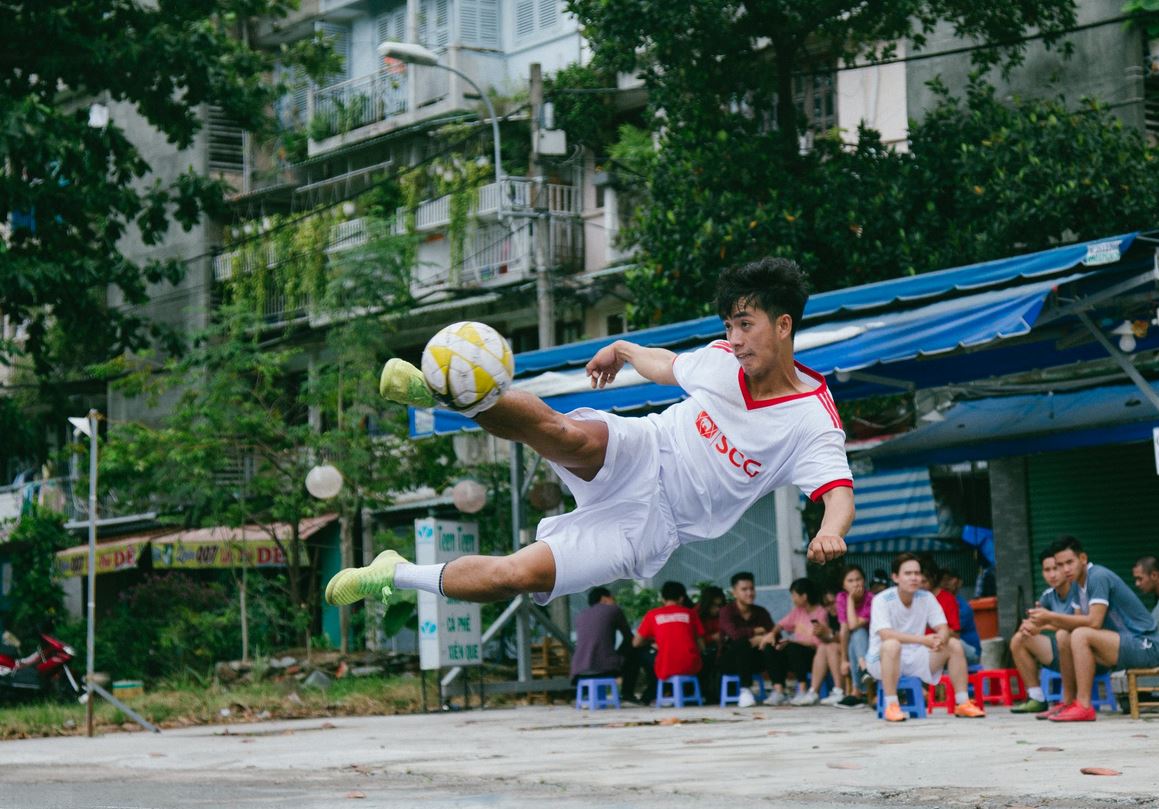 Time for a serious debate now, one likely to promote strong feelings.  Wars have been caused from less.  What is the most spectacular goal in soccer?  Probably, the award should be heading to the superb passing move which ends with a calm finish beyond a stranded and despairing keeper. Certainly, that is one to savor.  As is the spectacular dribble, the net bursting screamer and the delicate chip.  But for making the heart beat fastest, for creating life lasting memories, surely the bicycle kick is the tops?

This type of shot, sometimes known as the bicycle kick, is technically challenging, likely to be penalized for the height of the boot (if defenders are around) and requires a number of moves to be made in perfect unison.  But it, along with its near neighbors, the scissor kick and the scorpion kick, provide the sort of pleasure that we play the game to achieve.

And, more mundanely, the ability to perform a controlled overhead kick can provide a defensive edge which stops the risk of conceding a goal.

This blog will explain the technique behind the following kicks:

There are some links to spectacular action as well.

This skill does put a lot of strain on our bodies.  It is best not to practice for too long, and to make sure that the ground is soft.  Often, connections are not clean, and the shot should be attempted because it is the best option, rather than to impress.

As can be seen, it is a hard skill to perfect; even top professionals get it wrong more than right.  Regular practice is the best way to gain success.  Get a team mate to feed balls with throws and lobs, and remember to concentrate on accuracy and technique, rather than power.

Take a look at Gareth Bale’s spectacular finish in the 2018 Champions League final.

There is a truism in soccer than when the ball bounces, defenders are in trouble.  Normally that is prevented with a firm header, but using the head is not always possible.  In those cases a controlled overhead kick clearance is better.

The scissor kick is very similar to the overhead kick, the difference being that the ball does not fly overhead, and ball is easier to keep down – still tricky though.

This is a shot hit with the heal of the trailing foot; some would say it is the hardest skill in soccer, and carries a high degree of risk.  Therefore, it should be a shot of last resort.

It is used when a run takes us in front of the ball, or a cross is behind us, and there are no team-mates running onto the ball.

Here is the Puskas Award winning scorpion kick by Olivier Giroud, the French World Cup winner.  (Take a look at his pass in the build-up, as well!)

These spectacular kicks might not often come off, and are attempts of last resort.  That doesn’t stop them being fun, though. And when they work…wow!

If you liked this post, you’ll love our post on what to do for your pre-game warm up.

Your Soccer Training Home – Our Specials

Is there a way to prevent soccer training injuries? The answer may surprise you