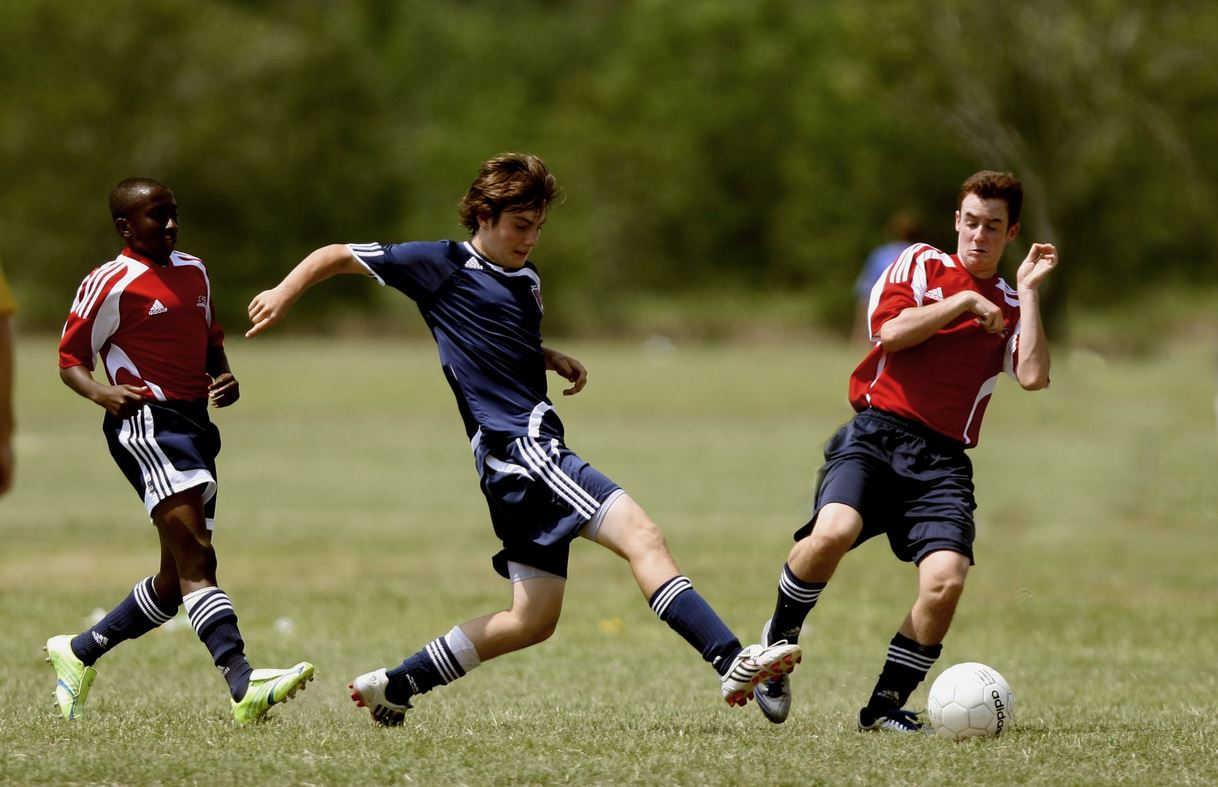 We are getting back to basics today.  We will be looking specifically at something that underpins every aspect of soccer on the planet – the youth game with youth soccer drills. Of course, the young look at the world through the simplest of windows.  That’s why they see it so clearly.  To them, soccer is about scoring goals.  Score more goals than the opposition, and you win the game.  Never mind all this four, four, two; seven a side matches; random rondos and creating an overload.  Just put the ball in the back of the net.  And in many ways they are right. But it is a relief to conclude that we oldies still have something to teach our younger, smaller and less experienced colleagues on the soccer pitch of life.  Because, what we know is that while our aim is to score goals, there will be people out there trying to stop us.  This is something younger players often do not consider, but we can help them to learn the truth, and in doing so, make them into better performers.

Keep Your Head and Lose Your Marker

That probably all sounds a little pompous and certainly portentous. It was meant to, but there is a truth in there.  When we are coaching youth players it is key to never forget that they rarely see the bigger picture.  What does just about every young kid in shorts and shirts and boots want to do?  They want to play a game.  Drills?  Boring.  How many times have coaches heard the call ‘Can we play a match now?’ as they try to explain the finer point of a tactical move? For this reason, soccer training drills we run with youth teams need to be clear, simple and have an easily recognizable goal to them.  In fact, most adults would benefit from youth soccer drills being like that, but there is another story. One of the key skills for a player to develop in order to let them achieve their aim of scoring goals, is to lose their marker.  This allows them to play with more space and more time, and therefore develop their skills more quickly and become better players. The youth soccer training drills below are all very simple, focused on finding space and, crucially, good fun.  The ages are just a guide, pitched at average players.  For example, a talented eight-year-old may well get benefit from a youth soccer drill designed for an average ten year old.

This is a development of a bulldog game which develops team work and tactical awareness.  A bull dog game is one where the aim is to get from one end of an area to another, while the opponents try to stop you.  They can get pretty robust, so need to be carefully managed. In ‘End Game’ there are two teams of between eight and twelve players.  This youth soccer drill can work across half a pitch with a width of half way line to edge of penalty area.  The only equipment are some of the tags which are used in other sports, the kind which use Velcro to attach to a waistband.  The game can be played with touch, but it is harder to manage this way.  When a player is ‘tagged’, they must retreat to their own end line to re-join the game. Each time one seeks to get one of their players over their opponents’ end line first.  It is important that the teams are big enough to make tactics become a part of the process – for example, 3 v 3 will just result in the team with the quickest player winning.  The young players will realize quickly that they need a plan in order to win.  Some players will need to sacrifice themselves to create space for others (like runners off the ball), some will need to be held back in case of a break by the opposition; patience will lead to be employed to break down their opponents.  This youth soccer drill works well as a starter, played for no more than five minutes before moving on to work with the ball.  (In the diagram below, the grey dots show examples of ‘tackle points’ where the two sides meet. This is a rondo type drill which encourages movement in young players.  It is four v two in a 10 x 10 meter grid.  The aim is simple, to keep the ball.  Players move constantly to find space from their defenders.  Young players like competition.  This soccer training drill works well by dividing the group into three groups of two.  Here, two points are scored by every pass that is made successfully by the attackers, and five points is awarded to the defenders each time they intercept a pass.  After each interception, the defenders replace the last attacking pair to play the ball.  The soccer training drill works for three minutes, and each team keeps a running total of their points. Youth Soccer Drills: Making a Run – Age Ten and Up

This youth soccer drill is two v two plus a goalkeeper.  In addition, there is a feeder.  For this youth soccer drill, it is good to use a coach to be the feeder as these passes need to be accurate for the drill to work. Each pair has ten attempts as an attacker, ten as a defender.  One point is scored for getting a shot away, two if it is on target, and four if a goal is scored.  The feeder passes from different points on the pitch. The attackers seek to make runs to lose their markers.  Coaches encourage changes of pace, changes of direction and cross overs to achieve this. Youth Soccer Drill: Running From Deep – Age Ten and Up

This is the most complex drill of the set.  It involves four v two players plus a goalkeeper.  On the attacking side is a passer and a runner, plus two strikers.  The strikers aim to split their defender to create space for the runner to get beyond them.  It is good to let them play their own strategies to do this, although some guidance might be needed.  As the drill develops, the passer can become a second runner, and the strikers should be encouraged to come short for the first pass, leaving space in behind them for the runners. Here’s a clip that can also be used to help lose markers.  It is more complicated than those above, and the clip is with adults, but the principles can be used with youth players.

Youth soccer is the future of the game; it is vital that coaching of young players is both of high quality, but also maintains the players’ enthusiasm.  It is about doing not showing; playing not listening. If you liked this post, you’ll love our youth soccer drills post that teaches 3 v/s 2 formations.

Soccer Training Drills – Do We Need Them At All?